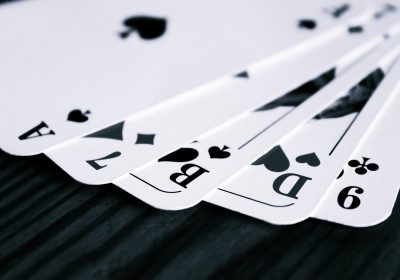 Playing card games can be much more than just a social event. Even though the camaraderie you build while playing cards with your friends on a Friday night is beneficial for your social well-being, it’s just a part of the story. Scientists have published a lot of research material that has proven that playing card games sharpens the brain and improves logic, memory, and concentration.

With those more demanding card games, players need to employ logic and analytical skills that will help them predict their opponents’ next move, which means that the combination of cognitive and interpersonal skills best stimulates the brain.

Furthermore, a recent study published in the New York Times suggests that playing cards can help the elderly stave off dementia. The interviewees who regularly indulge in card games have displayed improved long and short-term memory, as well as other cognitive capacities which can fight boredom and routine that have long been associated with dementia and other mental ailments.

Not all card games require the same levels of alertness, so we have narrowed it down to a couple of them who have the greatest impact on your brain activity and can help you sharpen your mind. 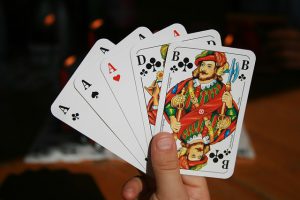 Poker is probably one of the most popular card games in the world whose popularity goes far beyond gambling. The reason for this might be in the way in which it stimulates the brain. First, poker requires an incredible amount of concentration and focus. This focus stems from the visual aspect, as poker players need to observe all the cards on the deck and the ones that have been passed on in the game, so that they can anticipate the next card or figure out what other players have in their hand. Also, with a careful examination of people’s emotions and facial expressions, you will learn how to tell when someone is bluffing.

Solitaire is a great game to play by yourself when no one else is around for a poker game. This game is also known as ‘Patience’, which means it requires a lot of patience and tactics since players need to work their way through the deck of cards by placing them in a predetermined pattern. The pattern is based on the previous card’s color and suite, and once you put every card in its place, you win.

Bridge is another game that is considered the most mentally challenging for players.  Experienced bridge players claim they can keep track of all cards that have been handed, which helps them calculate how many suits and which honor cards the opponents still hold. This is done by bidding, so it is more a test of memory than anything else, especially considering how fast the game develops.