5 Biggest Risks of Modern Lifestyle You Should Be Aware Of 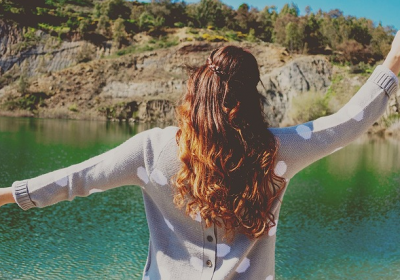 The modern lifestyle has brought us numerous benefits and improved our lives in unimaginable ways. But there is always a ‘but’. Modern lifestyle also carries numerous health risks that our grandparents did not have to deal with. Therefore, we should try to learn how to take the good that such a way of living offers, but eliminate as much of the bad as possible.

If you are used to sitting most of the time during the day staring at a screen and eating tons of fast food, there are some serious health risks that you are invoking upon yourself.

Let’s learn what the biggest risks of the modern lifestyle are and find out what to do on a daily basis to avoid them.

Text neck is a health condition that did not exist just 20 years ago. It first started occurring when phones became more popular and more accessible, so people began spending more time looking down at the screen.

Perhaps text neck does not sound like a serious condition. However, apart from looking bad, it can also seriously affect your posture. Other areas, such as your hips and your low back will try to compensate for the changes in your posture, which can have big consequences on your overall health.

The Carpal Tunnel Syndrome is often seen in programmers and copywriters who spend a lot of time typing on their keyboards. CTS is caused by the repeated motion of the fingers and wrists, as well as by the wrong position of the hand on the keyboard and the mouse.

This condition causes the median nerve in the wrist to be compressed, which causes pain and numbness in the hand. If this condition is not treated, it may move up and affect the rest of the arm as well.

A lot of people who do sedentary jobs often experience back pain. Back issues are caused by prolonged pressure on the hips and the lumbar spine, which does not occur when we are standing up and moving around.

Moreover, a lot of sitting will cause your gluteal muscles to shrink and become weak. They are crucial for maintaining an upright posture, so it’s a good idea to do glute-activation exercises several times a week. This will remind them that they still have an important role to perform.

Heart disease has become a lot more prevalent in recent years due to the poor habits that people who lead a modern lifestyle have. The heart is a muscle like any other and requires frequent exercise in order to stay strong. Leading a sedentary lifestyle and not working out won’t do your heart any good.

Moreover, stress is an integral part of the modern lifestyle and also has a negative effect on the heart. Therefore, the combination of sitting and constant stress and anxiety has caused the cases of heart disease to rise in both old and young generations.

Last but not least, our modern lifestyle has caused us to be more obese than ever before. Working during the majority of the day and having no time to cook a proper lunch means that we are forced to eat a lot of junk food. The lack of exercise contributes to this trend as well.

According to the latest data, around 30% of people in the world are overweight. One-third of that 30% is obese. For the first time in human history, the number of obese individuals outnumbers the number of underweight ones.