What Is Sand Yachting? 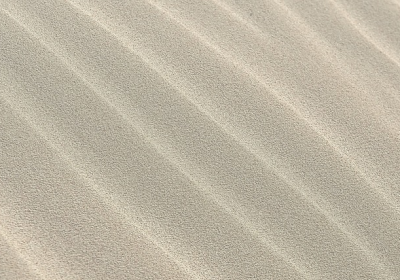 We all know what yachts are, and some of us have probably even been on one. Yachts usually belong in the water, but people have also come up with different ways of ‘sailing’ on land.

Sand yachting, which is also known as land sailing or dirtboating, is an activity characterised by the movement of a land vehicle which is powered by wind via a sail. While this activity may seem a bit wacky at first, there are plenty of enthusiasts who call themselves land sailers, and sand yachting has even become a sport.

So, how exactly does sand yachting work and why is it so popular in certain parts of the world? Let’s start from the beginning.

The first sailing carriages were described in the 5th and 6th century China. This was the only place where they had kept existing until the arrival of European travellers that occurred some 500 years ago. In Europe, the first sand yacht was constructed at the beginning of the 17th century by the Flemish scientist Simon Stevin.

In the 19th century, the so-called ‘wind wagons’ were used in North America, while at the same time, the South Americans had their own version of sail cars.

The construction of modern sand yachts started in the 1960s, and one of the first official sand yachting races was organised in 1967 by the French in the Sahara.

Today, sand yachting is seen not only as a leisure activity, but also as a competitive racing sport. There’s even a recognised international association for the sport called FISLY. They are in charge of organising competitions and coming up with the general rules.

The most prestigious competition in this sport are the world championships that are held every couple of years. Each year, the tournaments get bigger and host more than 400 participants from all across the globe. Even some professional sailors, like the Olympic gold medalist Shirley Robertson, can be seen at these events.

How Fast Can Sand Yachts Go?

At first, you might think that sand yachts are not able to reach high speeds, but the fact is that these vehicles can reach over 150 km/h. The current world record holder is a British racer Richard Jankins who managed to reach the speed of 202.9 km/h back in 2009. He beat the previous record by almost 16 km/h and he did that at the Ivanpah Dry Lake in Nevada, USA.

The Most Popular Sand Yachting Locations

The best conditions for sand yachting are vast beaches and dry or frozen lakes. Therefore, this activity can be enjoyed in all parts of the world, especially in Western Europe, the UK, USA, Canada, Brazil, Argentina, Australia, New Zealand, and Africa.